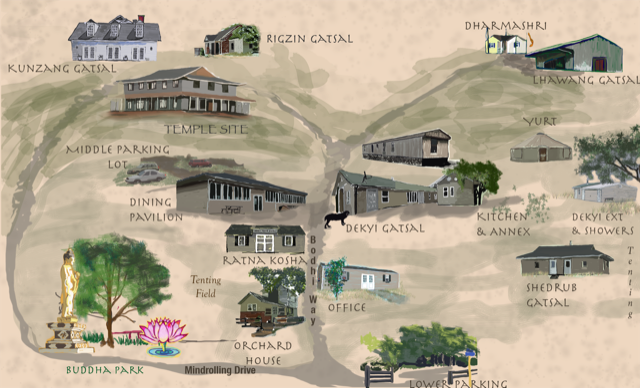 Note: The the new temple is currently under construction and not open for visitors. The retreat area of the land, Dechen Gatsal, is not shown on this map since it is closed to the public.

What’s in a Name?

The following buildings were named by Mindrolling Jetsün Khandro Rinpoche.